When mourning the passing of loved ones it is common to see condolence wreaths adorning those final resting places in funeral services in Singapore. Usually in the shape of a wreath, each arrangement can have different meanings. This age old practice dates back since the times of the Ancient Greeks.

When deciding on the flowers, the selection should speak of the relationship you had with the person. There’s no better way to communicate this than with custom flower bouquets. Here’s some advice to help you create the best parting gift for a loved one… 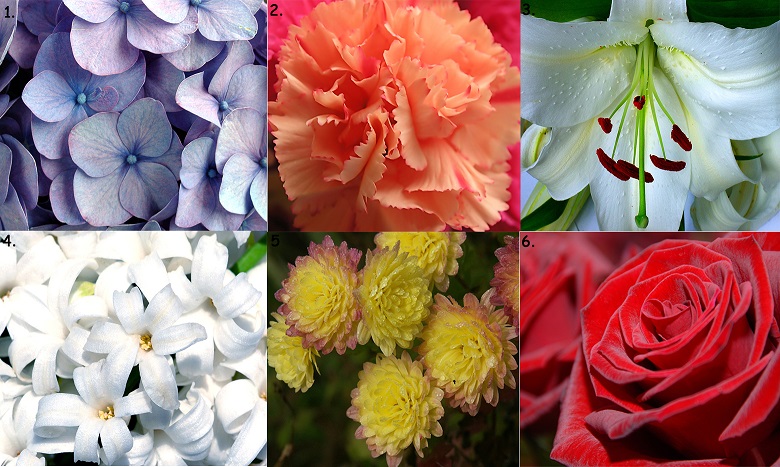 Don’t leave it all for the last moment – Contact Nirvana Columbarium Singapore at +65-8452-4408 and start planning today.

*refer to image above by number.

Another meaningful flower commonly used in condolences wreaths are Carnations. Known for their resilience, they symbolize remembrance and appreciation.

As with other flowers, each of the colours has its own meaning. Red shows affection and the white tends to symbolize innocence. For Catholic or Christian funerals, pink carnations are more commonly used as they believed to be created from the Virgin Mary’s tears.

White lilies are most commonly used in funerals in Singapore. They are liked for white symbolizes purity and the radiance of the soul and is a display of sympathy, as it suggest that the soul of the deceased has been restored to a peaceful state of innocence.

Chrysanthemums are a popular universal choice all around the world including America, Europe and Asia. In America and Europe, the meanings focus on respect, sympathy and honour. In Asia, chrysanthemums symbolize life and rebirth and is not uncommon to find columbariums in Singapore covered with these flowers.

The colour plays a role in the meaning as well. Red symbolizes love, yellow for sorrow, while white symbolizes loyalty.

Another good choice for funeral wreaths. White roses symbolize purity and reverence while yellow roses symbolize strong friendship bonds with departed. Red roses express love and grief, while the rarer dark pink roses are used to express gratitude and appreciation to the departed.

Here are few more flowers that, although less common and are usually added after the main flower arrangements, that deserve just as much mention:

Less commonly used and not as well-known as other flowers, many believe that these bright flowers symbolize true heart-felt emotions.

Beautiful and fragrant, purple hyacinths represents keeping the deceased in prayers or deep anguish. White hyacinths are also used, which represent loveliness and prayers for another. The word “hyacinth” itself means “deep sorrow”, which originated in ancient Greece.

Don’t leave it all for the last moment – Contact Nirvana Columbarium Singapore at +65-8452-4408 and start planning today.